I have a list. Serendipitea in Chorlton has been on said list for a some time. It's not a place I venture to often, but a couple of weeks ago I found myself alone on Beech Road. No, I hadn't come over all 'Wizard of Oz', but I did have a couple of hours to kill.

It was my blogging pal Bacon on the Beech who first recommended Serendipitea after stumbling across it whilst shopping on Beech Road. Just as its name suggests, I imagine most people accidentally find this pretty little place whilst perusing the other shops. There's no shortage of places to stop for a cuppa along this road, but Serendipitea feels a little different.

Inside is a mixture of modern and pretty vintage finds. The now quintessential mismatched china is right at home with the fresh roses, upturned crate tables and the quirky floor tiles. It only opens at 11am on Sundays, but if you find yourself a little early, nip into to Epicerie Ludo across the road for fresh bread, pork pies and some rather pungent cheese. 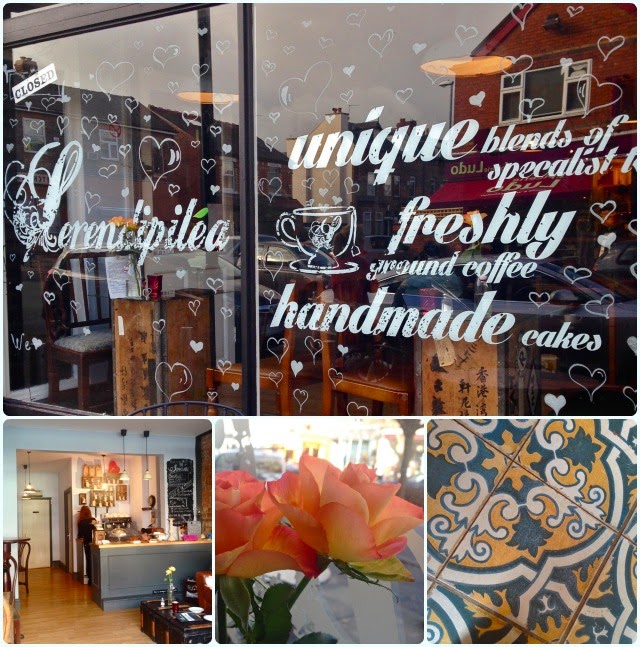 I had hoped to try some of their fresh baked scones but I must have been a bit early. They are baked daily and the lady who was serving was also making these later in the morning. Damn it.

I settled for a Beech Road Afternoon Tea, which is a blend of precious first flush darjeeling and black Kenyan teas. I love strong tea so this was just perfect: just enough clout without being bitter. 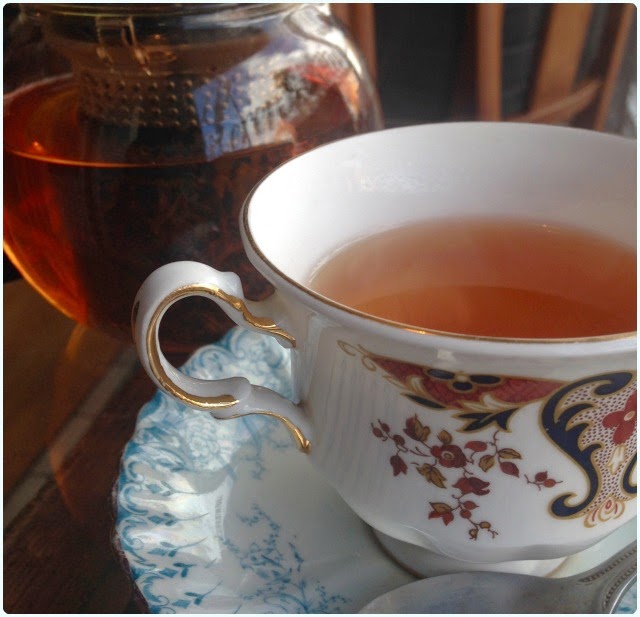 Since scones weren't an option, I plumped for a caramel and walnut blondie. Yes, this looks rather unassuming, however this little slice had the fortitude of a three course dinner. I think I managed just over half!  The depth of this was bob on - any thicker and I am sure it would finish off most rugby players. 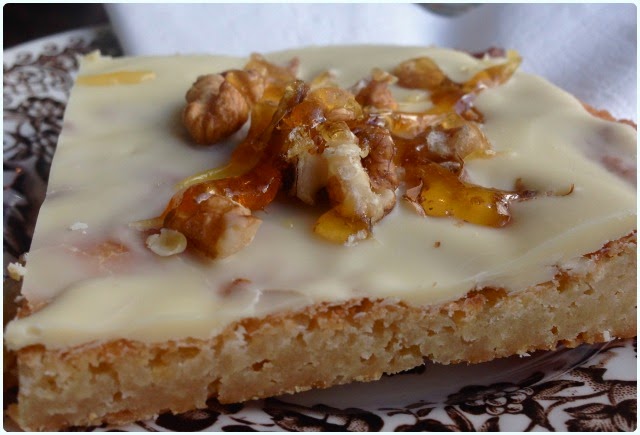 There wasn't a huge amount of cakes to choose from, but it was a Sunday when I went. Others included a large slab of Dime Bar cake (remember the armadillo advert? No? Just me then) and rocky road.

I'd say Serendipitea is the kind of place to go if you're looking for a mid-shop pit stop rather than a 'lunch and a slice of cake' kind of gaff. They don't have a food menu per se, but I did notice that they have started doing afternoon tea now. I think I visited on a day where there wasn't as much choice, as when I headed over to their Facebook page (their website isn't up and running yet), I saw a much better selection.

If you enjoy a nice cup of tea, a slice of cake and an hour or so people watching, you'll love it.