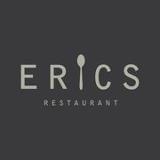 A couple of weeks ago we ventured over the Pennines to T&Cake's Odd Dinner event. We were staying over, so decided to make the most of the weekend in Yorkshire and hunt down a good roast on the Sunday afternoon. There was only one person to ask for a recommendation; Stephen Jackson from T&Cake.

When he suggested we try Eric's Restaurant, I set about my research. I think it took around two minutes to make a decision. Newcomers to the Good Food Guide in 2013 with a respectable score of two, they have just been voted North East Readers' Restaurant of the Year for 2014. Not bad for a restaurant which has only been open since November 2010.


"Eric Paxman runs the perfect neighbourhood restaurant – one that is effortlessly in tune with its customers. It is a role model of its kind, exuding the right air of informality, and the food, with its stress on quality and good-value meal deals, is contemporary without being a slave to fashion. Well done to Eric’s on being a fantastic winner of our Readers’ Restaurant of the Year award for the North East." Good Food Guide Editor 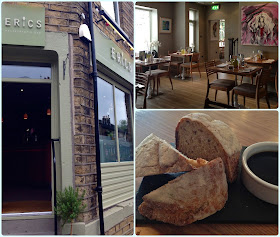 On arrival at Eric's, we were greeted by a friendly young chap who showed us to our comfortable booth style seats in the bright restaurant. Warm bread was delivered to keep us going until our starters arrived, they had Magic Rock 'Curious' on tap (brownie points from husband...) and even the soft drinks had personality. I enjoyed a cool glass or Elderflower 'bubbly' later followed by a raspberry lemonade. 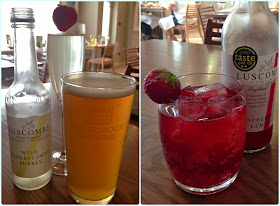 We picked from the Sunday lunch menu, which was small but perfectly formed.

Grilled Halloumi
It was still quite warm outside, so I really fancied something fresh. This halloumi dish hit the nail on the head. Strong flavours in the cheese mixed with crisp leaves and tart capers.

Pig's Cheek
He said it. My husband declared this the best starter he has had so far this year. And yes, you know where we have already been. I sampled a little bit, and I can confirm this was a little bit special. Rich meat with a crisp coating in a meaty sauce. Bravo Eric! I know a certain Mr Hoss who would enjoy this very much indeed.

Look at it. I'm sure very few words are required here, but please humour me as I enjoy talking about it. This is one of the best Sunday Roasts I have ever eaten. The beef was magnificent, the Yorkshire had crisp edges and a soft, sweet centre, I ate every scrap of that buttery mash, the roasties were seasoned to perfection and that glazed veg was to die for. I will never be the same again. 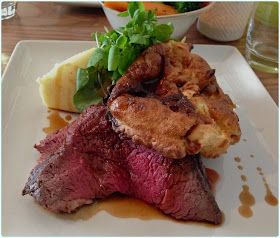 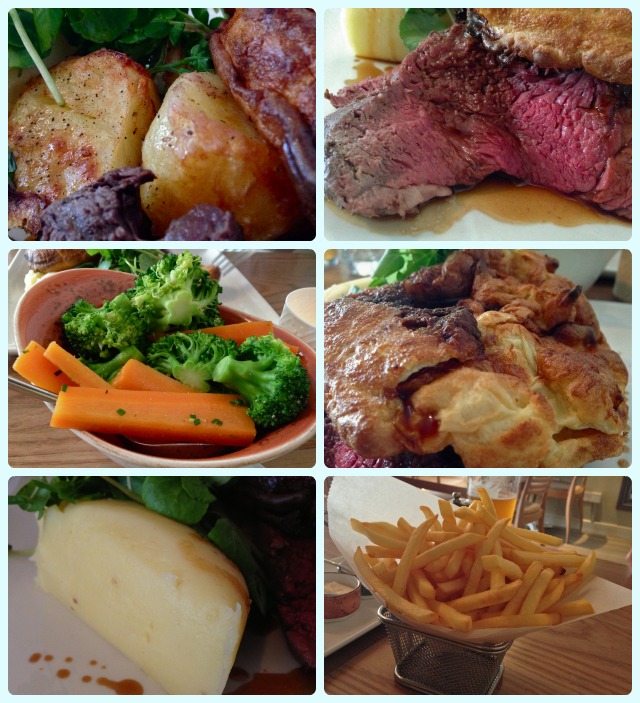 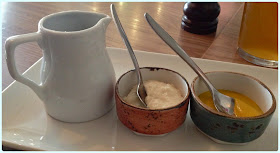 Full to bursting, I was still excited about the desserts. This is the place that makes Bakewell tart ice cream afterall.

Strawberry Sundae
A thick concoction of stewed strawberries, dollops of home made custard and chocolate brownie. Substantial, yet light in texture with a zesty edge. Perfect for the summer season. 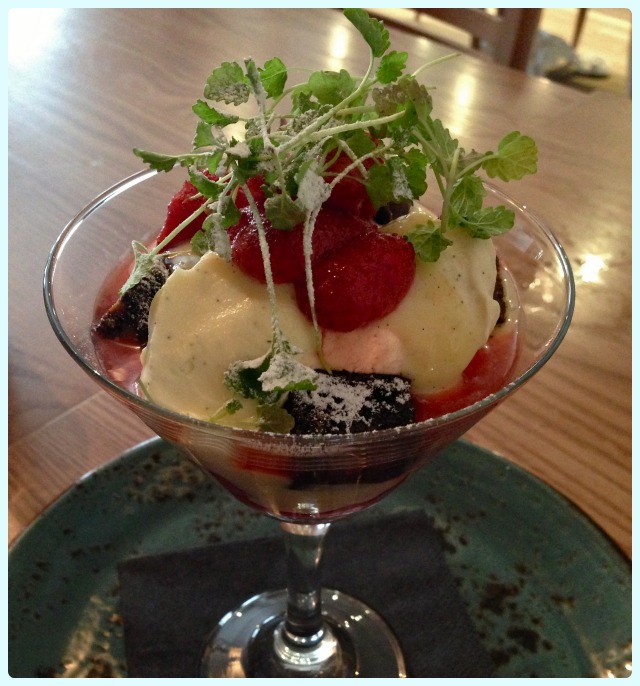 Mango Parfait
Just as the title suggests, this was perfect. Imagine a Solero lolly, only really really good. Yes, once again I shock you with my refined nature. 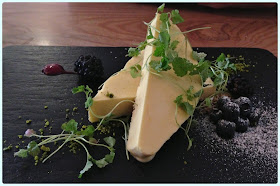 Eric appeared for a chat from time to time between courses, and delivered the main event himself. He's an enthusiastic chap with an infectious laugh. What's obvious is that he loves his craft and still relishes in coming out of he kitchen to have a natter with his diners.

A genuine diamond. Eric's is friendly kind of place where food is refined yet maintains elements of the home comforts you crave on a Sunday afternoon. If you find yourself in this neck of the woods, give it a go.